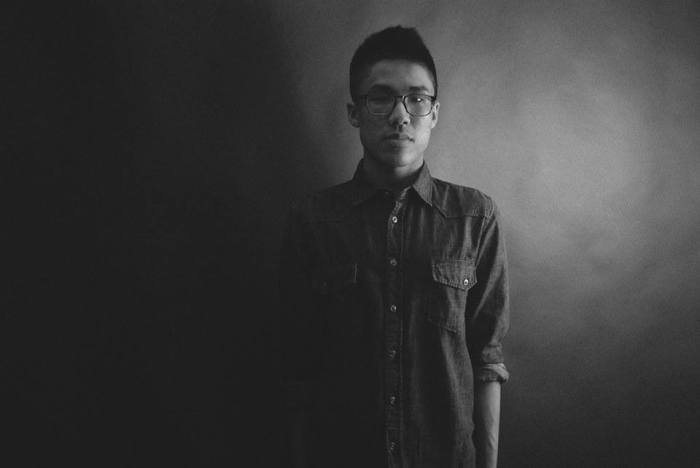 “Everyone thought that I, and other Asians, are incredibly smart, rich, and intelligent simply because we are Asian. But if you do your research, and if people actually knew my experiences, they would discover that this isn’t true at all.”

Of course you did well on the math section of the placement test, you’re Asian. You’re Asian, so you’ll probably go to Harvard.

You’re supposed to be the brightest one in the class…you’re Asian.

Aside from Chinese soap opera voices blaring from his T.V. set, and the sound of ice crushing in a blender from working at Panera Bread, these stereotypes are what Andy Ng remembers hearing the most growing up.

Until the day the 22-year-old New York University student began college in 2011, Ng was always the only Asian student in the classroom. Growing up in a predominantly black neighborhood in Sarasota, Florida, Ng recalls sticking out and being “that nerdy Asian kid,” which made him often the butt of many jokes.

“I remember when I was in elementary school, and my parents came to different after-school activities, people would comment on how different we looked,” said Ng. “Sometimes, to my face, people would tease me for eating rice at every meal and pull their eyelids back and say things like, ‘ching-chung’ and laugh.”

Despite being bullied for many years, given Ng’s recent success, it would appear he got the last laugh after all. The Chinese American undergrad is now finishing up his English literature major and will graduate this May as a Bill and Melinda Gates Millennium scholar with a full-time offer from Google in San Francisco. This comes after receiving a full ride scholarship to NYU, the Dalai Lama Fellowship and NYU Reynolds Changemaker Challenge $10,000 grant in 2013, and the President’s Service Award in 2014.

“I think he even lets his personal health suffer sometimes because he’s trying to manage so much. Sometimes he’ll only eat one meal a day, will sleep on the couch, and won’t fall asleep until four in the morning,” said Bobby Lach, his college roommate for the past two years. “Nobody can dispute that Andy worked his butt off for what he has.”

But while his achievements are largely due to what Lach and others would call his “ruthless work ethic,” Ng credits his success to something more than his Type-A personality. He says the days of being pegged as the “one percent baby”—a term his elementary school vice principal used to call Ng referring to his assumed wealth and intelligence—have inspired him to constantly challenge those stereotypes by not forgetting where he has come from. For Ng, taking action is about showing others how to rise above the adversity of being from a low socioeconomic class, which is something he had to do.

“Everyone thought that I, and other Asians, are incredibly smart, rich, and intelligent simply because we are Asian. But if you do your research, and if people actually knew my experiences, they would discover that this isn’t true at all,” said Ng.

Both of Ng’s parents worked multiple jobs at Chinese restaurants in Sarasota while making minimum wage salaries. When Ng just began high school, his dad got very sick and had to quit work, which forced him to take on 40 hours a week at Panera Bread to help pay the family’s electric, phone, and gas bills. Together Ng and his mom, who works as a waitress, barely made ends meet.

“I remember, as a kid, my parents would not eat so I could, and it wasn’t something I caught right away until I got a bit older,” said Ng. “I thought at the time it was extremely unfair but I knew they were doing it out of necessity and I learned so much from that. It’s made me a much better, driven person today.”

Researchers and advocates believe that community struggles go beyond money and extend to other issues, like lack of healthcare, a passive attitude towards mental health problems, and high drop out rates that all stem from a common misunderstanding of the group’s needs.

“There is a treatment of the population as a monolithic group which lumps all Asians together instead of giving each ethnic subgroup the specific resources they require,” said Robert Teranashi, a University of California Los Angeles professor of education that has completed many studies on Asian Americans. “The AAPI community speaks more than 300 different languages and many don’t know English, so access to health and education is a great challenge and it’s extremely hard to get past that.”

Teranashi’s findings and Ng’s personal experiences living in a low income household are exactly why Ng feels the need to inspire change for Asian Americans.

“I want to dispel what’s called the model minority myth, which is basically this idea that Asians are better off than most in this country,” said Ng. “People need to realize that most of those students have to overcome a lot more. We aren’t just successful because we’re Asian,” said Ng. “There are so many educational needs that people don’t recognize and I’m particularly passionate about advocacy for these low income communities and students.”

The numbers back up Ng’s claim. Department of Education AAPI statistics show that in the first year of college, Asian Americans are one of the racial groups with the highest enrollment rates in remedial education courses. Further, White House Initiative figures indicate that for Chinese Americans, like Ng, only 25.5 percent of those old enough to attend college have a bachelor’s degree, while 18.4 percent of the total adult population have not graduated high school.

Ng’s eagerness to improve these percentages for Chinese Americans and the greater AAPI community is evident in his involvement with many organizations, including the Commission on AAPI Research In Education (CARE) and the AAPI section of The Changing Face of America blog.

He also volunteers his time during college breaks to talk to students in his old stomping grounds at Booker High School—the same place where he endured years of bullying for being Asian. Ng goes back because he’s concerned with the task at hand: squashing Asian-specific stereotypes in the school’s student body with his story and showing them that there are opportunities out there for everyone. He says while speaking he always keeps in mind the one or two Asians he occasionally sees in the classroom, who might feel like the outcast he once was.

“My old high school was a dropout center, so I would say to them, ‘Look, I’ve been there. I’m just like you and I struggled and was able to overcome it,’” Ng said. “I know I can be an example for them to do more and be better and that’s why I go back. I did more, and they can, too.”

“I know I can be an example for them to do more and be better and that’s why I go back. I did more, and they can, too.”

Hearing Ng’s story seems to have struck a chord in Sarasota. He was once seen as just “that nerdy Asian kid” who would, of course, sit at Starbucks for hours to do homework with his friend Angel on a Friday night. Now, to many who still live there, he’s a local hero.

“My relatives and tons of people in the community all love him. They always ask about him,” said Angel Kleer, his best friend since sixth grade. “He’s famous here and there are always questions about the next thing he’s going to accomplish. He puts so much into everything he ever did and does and people now see that.”

But for Ng this is what’s necessary and, as he says with a grin on his face, “someone has gotta do it.”

Besides, the stakes, he thinks, are too high not to.

“Asians are the fastest growing minority in the country,” said Ng. “We need to start making their needs a priority, now.”